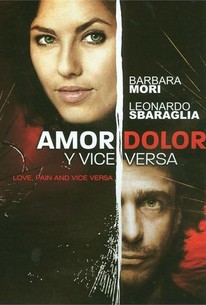 Two strangers who have met in one another's dreams come face to face in the real world with disturbing results in this psychological thriller from Mexico. Chelo (Barbara Mori) is a successful and well-respected architect who found little satisfaction in her love life. While the men she dates cannot satisfy her, each night she dreams of a handsome man who can fulfill all her desires. Meanwhile, Dr. Marquez (Leonard Sbaraglia) is a leading heart surgeon who is engaged to marry a beautiful woman, Marcela (Marina de Tavira), but as he sleeps he's visited by terrible visions of a woman who wants to kill him. Chelo believes she can't go on without finally meeting the literal man of her dream, who she is certain is real, so she devises a plan -- she makes herself look as if she's been attacked, and goes to the police and tells them she's been beaten and raped. Chelo gives a careful description of her assailant that closely resembled the man in he dreams, and they soon present her with a suspect who matches the description -- Dr. Marquez. At the same time, when the doctor gets a look at Chelo, he's terrified as he realizes she's a dead ringer for the malevolent woman from his nightmares. Violanchelo, a.k.a. Amor, Dolor y Viceversa (aka Love, Pain and Vice-Versa) was the first feature from director Alonso Pineda-Ulloa.

There are no critic reviews yet for Love, Pain and Vice Versa (Violanchelo). Keep checking Rotten Tomatoes for updates!

There are no featured audience reviews yet. Click the link below to see what others say about Love, Pain and Vice Versa (Violanchelo)!