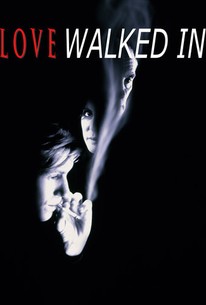 In this throwback to films noir of the 1940s, Jack Morrisey (Denis Leary) is a pianist and songwriter who has been touring the club circuit with his lady love, Vicky (Aitana Sanchez-Gijon). Jack and Vicky have talent, but they haven't gotten the breaks; they're stone broke and at the end of their collective rope when Eddie (Michael Badalucco), a private eye who knows Jack, makes the couple an offer. Fred Moore (Terence Stamp), a very wealthy man who is something of a fan of Jack's music, is attracted to Vicky. Fred's money and property are, for legal reasons, primarily in the name of his wife, who wants a divorce. If Eddie can provide hard evidence that Fred is cheating on his wife, she'll stand to keep most of his money in a divorce, and Eddie will be kicked back a good chunk of change. Eddie, in turn, will be more than happy to share his wealth with Jack and Vicky, if Vicky would be willing to seduce Fred for the purposes of creating blackmail photos. Though she was a major star in Latin America, this was only the second English language film for Aitana Sanchez-Gijon, after her appearance alongside Keanu Reeves in A Walk in the Clouds.

Critic Reviews for Love Walked In

Love Walked In proves something that nobody ever thought to demonstrate before: You can't make a convincing film noir about good people.

Audience Reviews for Love Walked In

I stumbled across this one while channel surfing. It was late and I was kind of drowsy but I felt compelled to finish watching this film. Good film with a parallel fictional storyline narrated by the protagonist. I like that it had a somewhat realistic ending, kind of poetic. Good performances by Denis Leary, Aitana, Michael Badalucco, and especially Terence Stamp.