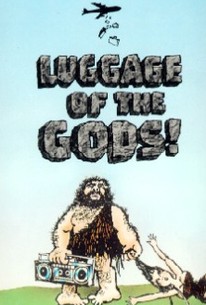 Copying ideas from The Gods Must Be Crazy or Ivory-Merchant Productions' Savages, the independent, low-budget comedy Luggage Of The Gods is about a neolithic tribe living somewhere in North America and the discoveries some tribe members make when suitcases accidentally fall out of the cargo hold of a jet. As two tribal members (one just ostracized because he looked up at a passing plane) go through the various devices of modern life found in the suitcases, a new world opens up -- a least a crack. While the acting is expressive and the fake monosyllabic language passable, this film needs more than suitcases to successfully entertain for its full 78 minutes.

Rochelle Robinson
as Kono
View All

Critic Reviews for Luggage of the Gods!

There are no critic reviews yet for Luggage of the Gods!. Keep checking Rotten Tomatoes for updates!

There are no featured reviews for Luggage of the Gods! at this time.

Luggage of the Gods! Quotes