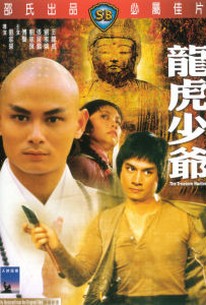 Liu Chia-Liang spins this Shaw Brothers period kung-fu flick about a pair of scalawags -- Chi Ta-po (Alexander Fu-Sheng) and Chau Chu-chi (Chan Chang-peng) -- who decide to track down some ill-gotten booty from a long-dead pirate named Chang Po-chu. They first manage to find a letter written by Chang and owned by a sly old antique collector who also happens to be a kung-fu whiz himself. From the letter, they learn of an evil priest named Wu Sheng (Gordon Lau) and a wicked lord named Mo Chung (Johnny Wang) who systematically killed anyone claiming a piece of the treasure. Wild high-flying kung-fu fights ensue. ~ Jonathan Crow, Rovi

There are no critic reviews yet for Master of Disaster (The Treasure Hunters) (Lung fu siu yeh). Keep checking Rotten Tomatoes for updates!

There are no featured audience reviews yet. Click the link below to see what others say about Master of Disaster (The Treasure Hunters) (Lung fu siu yeh)!