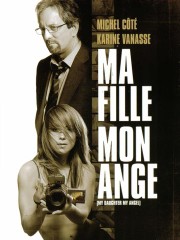 Super Reviewer
Janice :
March 23, 2010
Had lots of potential... which all went down the drain. Poor, but a good effort. Fine acting from Michel Côté.

Jean-Philippe R
November 12, 2009
The only good thing about this movie is that you get to see an all slut up almost butt naked Karine Vanasse. That's it.

Super Reviewer
Patrick D
½ June 30, 2009
It's a solid thriller.
I really liked how the film kind of moved around through time for, I assume, a more compelling narrative. Obviously this is not a new technique, but it was used well.
I would have liked this film better, though, if it didn't fall into the trap of many non-American movies, and that's: cut itself out as one. It would have benefited for the director ignoring modern film making norms, as it did deviate from the rest of these types of films that fall of the assembly line. In a good way too.
Another problem is that in this sub-genre of films, being the Alice in wonderland situation with a character looking for another in the seedy underbelly of porn, it did not try to push the envelope (is that the expression?) further than those that came before. Namely Paul Schrader's Hardcore.
But after the qualms, are cleared away, I still dug the film and it's worth a watch. Plus Kudos to Michel Cote, I'm not too familiar with him as an actor but he's a pretty darn good one, or at least put up a good performance.