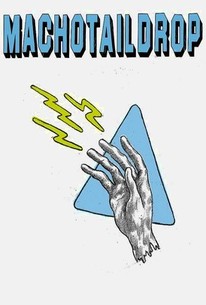 A starry-eyed youngster gets a crash course in the downside of fame and fortune in this willfully eccentric comedy. Walter Rhum (Anthony Amedori) is a naïve but passionate skateboarder who would love nothing more than to be like his hero Blair Stanley (Rick McCrank), a top pro and world champion who skates under the sponsorship of Machotaildrop, the world's biggest and most powerful skateboard manufacturer. Walter sends a video of himself in action to Machotaildrop headquarters, and is soon invited for a visit by the firm's reclusive owner, the Baron (James Faulkner). Walter can hardly believe his luck when he's signed to a lucrative contract and sent out on the pro skating tour, but when he meets embittered and crippled Blair, he begins to find out just how Machotaildrop treats the athletes under their control -- and that a band scrappy skate punks turned revolutionaries are determined to overthrow the Baron's empire. The first feature film from the writing and directing team of Corey Adams and Alex Craig, Machotaildrop was an official selection at the 2009 Toronto International Film Festival.

There are no featured reviews for Machotaildrop at this time.