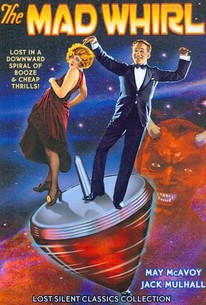 This moralistic romance, based on the short story Here's How by Richard Washburn Child, was pretty typical for its era: jazz parties, bootleg gin, and decadent fun abounds until the last 15 minutes when the partygoers think better of their freewheeling ways and reform. Jack Herrington (Jack Mulhall) loves drinking and jazz, and instead of voicing their disapproval, his parents (Myrtle Steadman and Alec B. Francis) do their best to keep up with him. That begins to change when Cathleen Gillis (May McAvoy) comes into Jack's life. He falls for her, even forgetting the frivolous Julia Carling (Marie Astaire) to go after Cathleen. Cathleen doesn't approve of his lifestyle and she encourages him to change his ways. Eventually he does, while her father, a former saloon keeper (George Fawcett), convinces Jack's parents that they need to grow up.

May McAvoy
as Cathleen Gillis

Myrtle Stedman
as His mother

Alec B. Francis
as His father

Personally, I found it vulgar (in the worst sense), untrue and, above all, dull.

There are no featured reviews for Mad Whirl at this time.