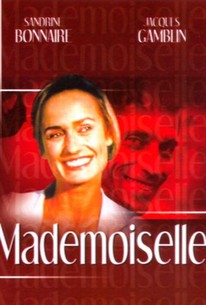 Two people with little in common enter into a brief, impulsive love affair in this comedy-drama. Pierre (Jacques Gamblin) is the leader of an improvisational comedy team known as The Unpredictables, who specialize in blending unnoticed into social functions and large gatherings, then making comic mayhem out of their surroundings. Pierre and his partners Karim (Zinedine Soualem) and Alice (Isabelle Candelier) have been hired to provide entertainment at a conference for employees of a large pharmaceutical firm, where they'll pose as waiters and create humor out of improbable dining suggestions. One guest who is quite taken with their performance is Claire (Sandrine Bonnaire), who finds herself attracted to Pierre, even though she's been happily married for eight years and has two children at home. The morning after the conference, Claire discovers she's missed her train, and bumps into The Unpredictables; Pierre helpfully offers her a ride in their van, and Claire accepts. On a whim, Claire tags along for the troupe's next gig, a performance at a wedding reception, and the more time she spends with Pierre, the more she finds herself thinking about leaving her old life behind, if only for a while. Mademoiselle was the third feature from writer and director Philippe Lioret, one of the few movie soundmen who has graduated to directing feature films.

There are no critic reviews yet for Mademoiselle. Keep checking Rotten Tomatoes for updates!

There are no featured reviews for Mademoiselle at this time.