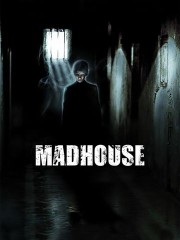 Pierre M
May 11, 2014
Not bad. William Butler feels right at home making this one. And it shows. Not really that scary, but it does have scary and supernatural elements that are effective enough to frighten teens, or an easy-to-scare girlfriend. It's on Netflix too so you don't even have to get upset if you feel like you wasted your time.

-Check this. If you're a horror fan. Or easily terrified.

Kara H
½ February 16, 2014
Way too complicated and focused on visuals more than the actual storyline. I think the creators had more fun with the individual scenes than they did making sense of the movie. And that said, it really wasn't that visually amazing. I would've desaturated those tones a bit and made it look older. Blah.

Nicola W
January 24, 2014
A pretty decent psychological horror. looked rubbish when it started but then it got really good. I didn't expect the ending at all. Great twist

Sam N Cass S
½ October 8, 2013
Such a great concept, great twist... Didn't see it coming! Such a shame about the terrible acting...was cringe worthy! Can't believe they wasted what could have been potentially an awesome horror movie!

John W
May 17, 2013
Good supernatural thriller with a couple of nice twists, lots of macabre history, and a great cast. Lance Henriksen, while underutilized here, is always great and adds gravitas and a level of creepy sincerity that is always fun to watch.

An hour into William Butler's Madhouse, a thriller that should have been much, much better than it is, I was ready to sing its praises to the moon and back-it's just the right combination of weird characters, weird situations, and outrageous mystery to press all my buttons. Then, after a bit more meandering, we get to the Big Reveal and, well, the movie has set so many traps for itself that it would've taken an immortal director to sidestep them all. Which is not to say it's not worth watching, but it sets the viewer up for some unreasonable expectations.

Plot: Clark Stevens (The Blair Witch Project's Joshua Leonard) is a new intern at an asylum being held together by spit, duct tape, and the indomitable will of Dr. Franks (Lance Henriksen), who runs the place with both an iron fist and an iron Girl Friday, Nurse Hendricks (The Fighter's Dendrie Taylor). As soon as Clark bunks down for his first night, weird things begin to happen, and pretty soon, he's seeing the ghost of a small boy roaming the halls, striking up a friendship with Ben London, the scariest guy in the psycho wing, and embarking on a friendship-which-could-end-up-being-a-tentative-romance with a fellow intern, Sara (Grace's Jordan Ladd). The last of those may be the weirdest of all. But when Nurse Hendricks is discovered the next morning murdered in the basement, Clark seizes the opportunity to investigate as a way of trying to uncover what he suspects to be corruption in the Franks regime.

It's all quite wonderful until we get to the Big Reveal, which kind of falls flat before immediately going as far over the top as it can. But I still had more fun with this movie than I expected to, which in the end is what it's all about, as far as I'm concerned. Good acting, good pace, and a well-earned atmosphere for most of the film gets a recommend from this camp. ***

Jennie R
March 3, 2013
This was a pretty good movie. Great plot twist that I really didnt see coming. There were quite a few familar faces from other movies (but couldnt tell you their names!). Seen all the scary movies on the shelf? Grab this one. You will be pleasantly surprised..

Breanna C
February 3, 2013
Very scary & twisted but the acting is a little off. if you can make it threw that it's a gory asylum thriller!

Al M
½ January 13, 2013
A modestly entertaining haunted asylum film, Madhouse features some decently creepy and/or twisted moments. However, the film's stunning plot revelation is not nearly as clever or surprising as it seems to believe, and the movie does come off as silly in numerous spots.

Love M
½ November 13, 2011
Not a bad psychological thriller. Not exactly scary but interesting enough to hold your attention.

Another stereotypical asylum flick with a very weak lead. Honestly, actors with low self confidence should not portray educated professionals such as mental health doctors/therapist/psychologists/social workers etc because it ruins the story line (for me anyway.) This movie may be good for a few Halloween scares tho as they tried to mix horror with the paranormal.

Joan I
July 21, 2011
Hundreds of years ago Voltaire thought the planet housed souls of the criminally insane. The movies I've seen starting with "Snake Pit" on up to "Shutter Island" as the biggies, including "One Flew Over the Cuckoo's Nest," appear to confirm the theory. Madhouse is so right on with casting Joshua Leonard as Clark, a well-meaninged psychiatric intern, out to get everyone well. When a tough nurse is brutally murdered by a "patient" I thought of the revenge of Nurse Ratched by some angry director. We should all be angry. Sadistic control over the mentally downtrodden is nothing new. What fun would it be to pick on Rambo or a guy with the name of Slate? I'd recommend this one and all the others where staff members are worse than their worst patients. Why? They look normal, perhaps too normal. They walk among us.