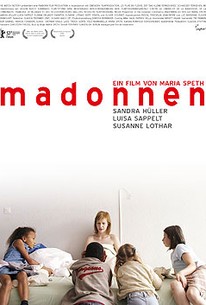 Emerging German actress Sandra Hüller stars in this family drama about a troubled mother who can't even get her act together for the sake of her long-suffering children. Rita (Hüller) is a lifelong criminal and a wanted woman, and in order to elude arrest she flees from Germany to seek out her biological father in Belgium. But Rita has never even met her dad, and these days he's got a new wife and family to care for. Before Rita knows it, she has been arrested by the authorities and deported back to Germany. Once back in her home country, Rita is sentenced to an extended prison sentence and her children are sent to live with her mother Isabella. Later, after being released, Rita returns to recollect her children from their grandmother despite Isabella's very vocal objections. Eventually, Rita settles down with an American soldier named Marc who is stationed in Germany and experiences the joys of a stable existence for the first time in her tumultuous life. Of course her old lifestyle is always calling, and it isn't long before Rita falls into a rather familiar trap. ~ Jason Buchanan, Rovi

A Madonna-whore variation on the stark dramas that the Dardennes seemed to have a patent on, but Speth is not as accomplished a storytelller as the Belgian siblings.

There are no featured reviews for Madonnas at this time.