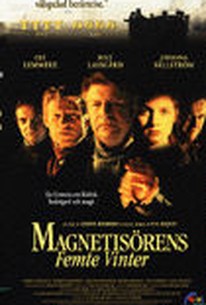 Accepted practices and new ideas face off against each other in this historical drama about a father, his daughter, and a mysterious stranger. In Northern Sweden in 1820, the widowed Dr. Selander (Rolf Lassgard) lives with his 20-year-old daughter Maria (Johanna Sallstrom), who has been blind for the past decade. One day, a Danish traveler named Meisner (Ole Lemmeke) appears in town, claiming to be an expert magnetist who can use his skills to heal the sick. While many in town are sure Meisner is a con artist, Selander welcomes him into his home. After spending time with Maria, Meisner discovers that her blindness is a psychological response to a traumatic event -- she was raped by Russian soldiers when her town was sacked ten years before. Maria's sight returns, and Meisner claims it was the result of his skills in magnetism. This leads to a blossoming romance between Meisner and Maria, much to the annoyance of Stenius (Gard B. Eidsvold), a partner of Selander who also had his eye on the girl. Impressive production design and fine performances highlight this international production. ~ Mark Deming, Rovi

Garb B. Eidsvold
as Dr. Semius

Robert Skjærstad
as The weaver

Stina Ekblad
as Housekeeper
View All

There are no critic reviews yet for Magnetisörens femte vinter (Magnetist's Fifth Winter). Keep checking Rotten Tomatoes for updates!

There are no featured reviews for Magnetisörens femte vinter (Magnetist's Fifth Winter) at this time.