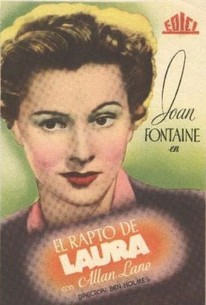 Joan Fontaine was still two years away from full stardom when she appeared in the B-plus comedy Maid's Night Out. Future cowboy star Allan Lane plays Bill, a millionaire's son who, to win a bet with his father (George Irving), sets out to prove that he can succeed without his family's money. While working as a milkman, Bill offers a lift to Sheila (Fontaine), whom he takes to be a housemaid. In fact, Sheila was also born into wealth, but she doesn't let Bill know that, fearful that she'll lose his love; Bill likewise keeps his actual identity a secret for the same reason. Adding to the fun is the presence of Hedda Hopper, making one of her final acting appearances before devoting herself full-time to her gossip columnist. Film buffs will also enjoy a fleeting but hilarious jibe at Hopper's number-one rival Louella Parsons.

Paul Guilfoyle
as Bailbondsman
View All

Critic Reviews for Maid's Night Out

There are no critic reviews yet for Maid's Night Out. Keep checking Rotten Tomatoes for updates!

Audience Reviews for Maid's Night Out

There are no featured audience reviews yet. Click the link below to see what others say about Maid's Night Out!