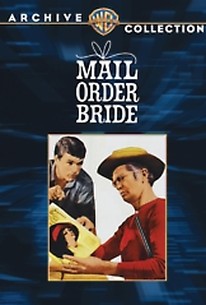 Many viewers avoided Mail Order Bride upon its first release, assuming (thanks to MGM's shoddy promotional campaign) that the picture had been slapped together to capitalize on the popularity of Beverly Hillbillies star Buddy Ebsen. In truth, the film is an engaging and involving western drama, with Ebsen playing a character far removed from Jed Clampett. The mail order bride in question is not for Ebsen but for the wild young frontiersman in his charge (Keir Dullea). It is Buddy's hope that the girl will tame the boy (the son of an old friend) and give him some sense of responsibility. Lois Nettelton is the proper young lady who fills the bill. In the closing scenes, director Burt Kennedy restages the climactic shootout from 1962's Ride the High Country, which Kennedy scripted. Mail Order Bride is not only a satisfactory vehicle for Buddy Ebsen, but it also allows him an opportunity to sing the title song. ~ Hal Erickson, Rovi

Buddy Ebsen
as Will Lane

There are no critic reviews yet for Mail Order Bride. Keep checking Rotten Tomatoes for updates!

There are no featured reviews for Mail Order Bride at this time.