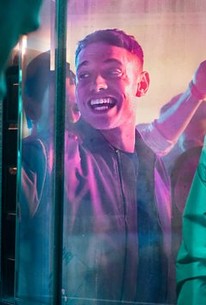 Drama by Reggie Yates exploring the impact and consequences of fast fame on reality TV participants and their close friends and families. When Billy succeeded in impressing the producers of a constructed reality show, he believed his life was set to change forever. A year later, while some of Billy's co-stars' careers are thriving, Billy is struggling to balance the afterglow of fame with social media and tabloid kiss-and-tells and the resulting assumptions people have made about his character, forcing deep vulnerabilities to the surface. Can Billy escape the reputation that now precedes him?

Critic Reviews for Make Me Famous

Make Me Famous struggles with credibility in general; the performances are decent but a little too mannered, and boxed in by dialogue that's often laboured and trite.

Reggie Yates's writing here is masterful, baiting the audience into just that trap. The emotional punches are perfectly timed.

Make Me Famous still succeeds in its attempt to educate audiences on the perils of fame's flickering afterglow.

There are no featured reviews for Make Me Famous at this time.