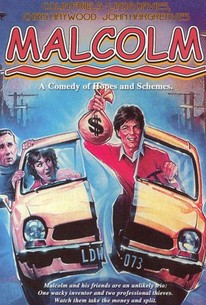 A somewhat slow young man has a gift for making intricate mechanical toys, but unwittingly uses his talents for crime when swayed by his ex-convict friend. David Parke, who wrote the screenplay, based the story on his own brother, and he also designed the toys. With a score performed by the Penguin Cafe Orchestra, this Australian film won several prominent awards in its home country during 1986.

An irresistibly charming film - imagine an Ealing comedy transported to the suburbs of Melbourne and you'll have a pretty good idea of what's in store.

Good offbeat Aussie comedy of a mentally defective young man is made redundant, but is able to turn his mechanical skills to robbing banks.