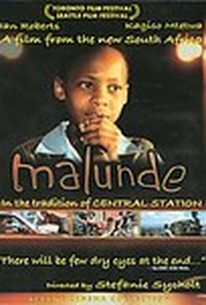 Stefanie Sycholt makes her directorial debut with this odd couple road movie about whites and blacks who have fallen through society's cracks. Wonderboy (Kagiso Mtetwa) is a paint-huffing kid living on the streets of Johannesburg. Kobus (Ian Roberts) is a middle-aged Afrikaner soldier down on his luck selling furniture wax after his wife and daughter left him. Their paths cross when Wonderboy takes refuge from an angry drug dealer in Kobus's van. Kobus unwittingly drives to Cape Town with Wonderboy in tow. While Kobus is hoping to sell some wax, Wonderboy is hoping to find his mother there. When they finally do me, Kobus immediately tries to lose him, but with Wonderboy's street savvy and Kobus long dominant paternal instincts, the two soon form a bond in spite of themselves. Soon Wonderboy is helping Kobus sell is van full of wax while Kobus helps the lad find his mum. This film was screened at the 2001 Toronto Film Festival. ~ Jonathan Crow, Rovi

There are no critic reviews yet for Malunde. Keep checking Rotten Tomatoes for updates!

Malunde is a gorgeous story about a boy and a man representing the new South Africa. They come to grips with their different pasts and leave with a hopeful tone for the future.