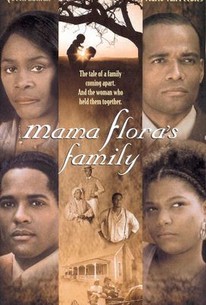 Director Peter Werner teams with screenwriters David Stevens and Carol Schreder to adapt author Alex Haley's sprawling novel centering on the struggles of an African American family contending with racism and strife while living in the rural south. Set in the early-20th Century, the film follows aging widow Flora as she sets her sights north following the death of her husband. Though the determined matriarch had hoped to start a new life for her family away from the prejudice that gripped the American south, she discovers that their struggle is far from over when the country is plunged into the Great Depression, and the entire globe is rocked by two world wars. Later, brave black leaders fight for social change in the Civil Rights Movement, and the Black Panthers emerge as a force to be reckoned with. Through it all, Flora never loses the will to give her children the best life possible. Queen Latifah, Mario Van Peebles, Cicely Tyson, and Blair Underwood star.

There are no critic reviews yet for Mama Flora's Family. Keep checking Rotten Tomatoes for updates!

There are no featured audience reviews yet. Click the link below to see what others say about Mama Flora's Family!