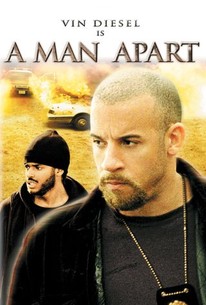 A cop teams up with the former head of a drug cartel to avenge the death of the woman he loved in this action-drama. Sean Vetter (Vin Diesel) and Demetrius Hicks (Larenz Tate) are a pair of DEA agents who think they've made the bust of a lifetime when they capture 'Memo' Lucero (Geno Silva), a multi-millionaire drug lord who controlled most of the narcotics traffic along the border of Mexico and the United States. However, with Lucero behind bars, a new and decidedly more dangerous underworld kingpin rises to take his place, and Diablo (Timothy Olyphant), also known as Hollywood Jack Slayton, soon proves to be even more dangerous than Lucero when he orders his gunmen to assassinate Vetter. While Vetter escapes unharmed, his wife is killed, and Vetter is thrown deep into despair. Now Vetter is obsessed with bringing Diablo to justice, and he's willing to do anything to bring him down -- even if it means teaming up with Lucero. ~ Mark Deming, Rovi

Rachel Sterling
as Dancer
View All

News & Interviews for A Man Apart

View All A Man Apart News

Critic Reviews for A Man Apart

Films like A Man Apart pretend to deal with social issues. That is their cover story. But in fact, they themselves are the Hollywood equivalent of the coke trade. They corrupt the entertainment industry.

The script for this action vehicle is like something you'd find under the cushions of Steven Seagal's couch, but Diesel, to his credit, digs into his role as if it were Hamlet.

Go see The French Connection instead.

This is disappointingly routine stuff from Gray, but the movie does boast one disaster area of a shoot-out and a nifty denouement.

The film would be totally unwatchable without the very real charisma of Diesel.

If I hadn't seen Traffic, this would still stink, but I wouldn't know how badly. Diesel runs on fumes in this one.

You know what you're getting: it's a Vin Vin situation.

It's as if this is a rough cut and [Vin] Diesel didn't show up for the reshoots.

Vin Diesel has to make a choice whether he's going to be an actor or a cookie cutter action star.

A Man Apart is grim, lifeless and, worst of all, as boring as Steven Seagal talking about Buddhism.

Audience Reviews for A Man Apart

Vin Diesel trades in the fast cars for poor dramatic action. A Man Apart is a failed attempt for the famed actor to crossover in the drama genre. It's violent, over-dramatic and loose in story. 1/5

if i pull all the vin diesel crap ive seen in the last 10 years out of my memory, this would probably seem like a masterpice. i would actually see this again

Vin Diesel gives a stunning and kinetic perfromance. It proves that he's more than a stellar action star. Larenz Tate is teriffic. A poweful and hard hitting urban crime drama. It fuells it's riveting story with explosive action and suspense. A stylish, exciting, thrilling and razor-sharp adreniline-fuelled thriller. It's explovsive and excellent. An emotionally gripping and exhilerating movie. Slickly crafted and well-developed by Director, F. Gary Gray. He knows how to bring out the best in his films with characters and story.

THIS COULD BE SO MUCH BETTER!! the right director, good cast and story - just not put together right - not enuff emotion and script was dull - had so much potential - but waddya gonna do?