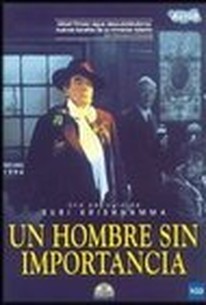 A Man of No Importance Photos

A middle-aged Irish bus conductor with a passion for the writings of Oscar Wilde causes controversy when he attempts to stage Wilde's Salome in this period drama set in early 1960s Dublin. Alfie Byrne (Albert Finney) is a well-liked local figure, a life-long bachelor who charms his bus passengers with dramatic recitations of Wilde's poetry. One day, he spots a beautiful young woman named Adele (Tara Fitzgerald) who inspires him to attempt to stage Salome with her as the title character. Wilde's play inspires outrage amongst the more conservative members of the community, who attempt to shut Alfie down. Rather than giving in, however, Alfie chooses to be true to himself, a decision that forces him to face his true self, particularly his feelings towards his young, handsome co-worker Robbie Fay (Rufus Sewell). ~ Judd Blaise, Rovi

Catherine Byrne
as Woman at Canal

Ingrid Craigie
as Waitress
View All

Critic Reviews for A Man of No Importance

If there were real Alfies in Dublin in the early 1960s, and I am sure there were, their lives were probably not anything near this cozy.

The film captures the ignorance, prejudice and complacent contempt of the times. Finney is wonderful as the tortured hero.

Shows how the life of a Dublin bus conductor is given meaning by his loveof art and beautiful words.

One of those marvelous little movies that almost no one knows.

Although it is bittersweet, it is a feel good movie. I left the theater singing the happy song from the credits and feeling elated.

There are no featured reviews for A Man of No Importance at this time.

A Man of No Importance Quotes