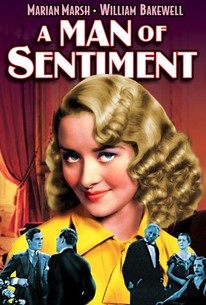 In this romance, an ambitious young career woman is slated to marry a wealth man until she gets into a fender-bender and meets a poor fellow with whom she falls instantly in love. She soon jilts her fiance in favor of him. She later discovers that her new love is the errant son of a wealthy family who eventually welcome him and his new bride back into the fold. Happiness ensues.

Otto Hoffman
as Landlord
View All

Critic Reviews for Man of Sentiment

There are no critic reviews yet for Man of Sentiment. Keep checking Rotten Tomatoes for updates!

There are no featured reviews for Man of Sentiment at this time.