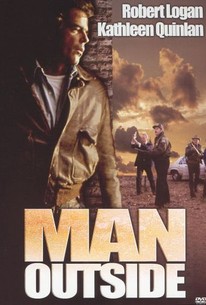 After his wife is killed, a lawyer (Robert Logan) relocates to backwoods Arkansas to begin again, but must prove his innocence-- with help from a professor friend (Kathleen Quinlan)--when a local boy is kidnapped and the perpetrator has framed him for the crime. Levon Helm (from the Band) plays the sheriff, and several of his mates--Rick Danko, Garth Hudson, Richard Manuel--also appear in the film.

Chessie the Diving Dog
as Roger

Sarge West
as Deputy in Office

Jerry Rushing
as Deputy in Library

John A. Gallagher
as Buddy

Pashal Porta
as Newsman on TV

Kelly Householder
as Woman in Flames

Richard Manuel
as Vigilante
View All

Critic Reviews for Man Outside

There are no critic reviews yet for Man Outside. Keep checking Rotten Tomatoes for updates!

There are no featured reviews for Man Outside at this time.