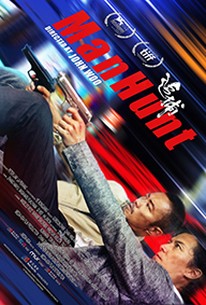 There are enough glimpses of the old master peeking through that it's hard not to have a bit of a good time.

It's hard not to smile when John Woo is having this much fun, or to care about the future when the old-fashioned has this much style.

Manhunt generally holds together rather well and is bound to keep Woo's most faithful fans happy.

Even in its clumsiest stretches, Manhunt is fast-paced and fun, which might be the only metric that matters.

It's a dozen movies thrown into a blender, but Woo didn't hit 'puree' long enough.

This film offers something that is never in sufficiently plentiful supply: fun.

We will never see the dry and devastating Woo of 'A bullet in the head' again, but this one, pyrotechnic and self-conscious, is equally valuable. [Full Review in Spanish]

Has the familiar manic energy and sincere commitment to the weirdness of [Woo's] original Hong Kong output, but it's not quite the return to the glory days some might have been hoping for.

It's not as jaw-droppingly astonishing as in Woo's heyday, but still glorious to behold at its best.

The Hitchcockian set-up quickly gives way to a series of set-pieces that evoke the spirit of Woo - balletic gun play, motorbike action and of course fluttering doves - without delivering the stirring emotions that are supposed to come with them.