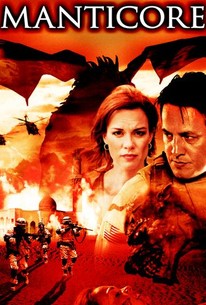 Jeff Fahey, Robert Beltran, Chase Masterson, and Heather Donahue star in Walking Tall: The Payback and Walking Tall: Lone Justice director Tripp Reed's horrific tale of an army battalion that sets out into war-torn Iraq to locate a missing news crew, but instead comes face to face with an ancient evil beyond human comprehension. As the battle rages on in Iraq, reports emerge that a news crew has mysteriously vanished after embarking on a dangerous assignment. Now, as a war-weary squadron of Army soldiers set out to ensure that the crew find their way home safely, they are forced to contend with a mythical winged beast that has lain dormant for centuries. Awakened by power-hungry leaders who would seek to retain control of this crucial parcel of land, this merciless beast decimates the ranks of the terrified squadron as it takes flight once again to dominate the desert skies.

Chase Masterson
as Ashley
View All

...not as terrible as one might've surmised...

The plot had potential, but the special effects were very poorly done. It would have been better if we had never seen the Manticore -- just shadows or a claw here and there. The acting, though, was a pleasant surprise. Robert Beltran and Jeff Fahey turned in good, solid performances. However, this movie has a few well shot scenes, and the level of action rarely lags.