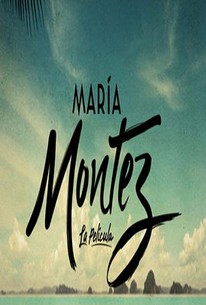 Maria Montez is the story of one of Hollywood's first Latina screen siren during the Golden Era. Born in The Dominican Republic, she dared to dream beyond the confines of the world she knew, only to emerge as Hollywood's Queen of Technicolor. Movies such as "Ali Baba & The Forty Thieves" and "Arabian Nights" stamped her face in the tabloids and many lockers of WWII soldiers. Before her early mysterious death, Maria accomplished an impressive stable of work, which included more than 26 films within Europe and the United States. The acclaimed film Maria Montez, detailed in its imagery and romantic storytelling, makes its U.S. debut in theaters OCTOBER 2.

There are no critic reviews yet for María Montez: The Movie. Keep checking Rotten Tomatoes for updates!

There are no featured reviews for María Montez: The Movie at this time.