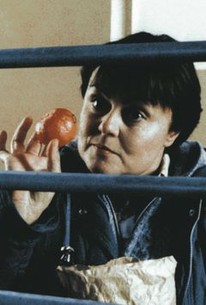 A woman learns to care for others when she's forced to help people on the wrong side of the law in this drama. Marie-Line (Muriel Robin) is a single woman in her mid-forties who oversees the cleaning crew at a large office building. On the job, Marie-Line is all business, with no patience for laziness and no tolerance for employees who do less than a perfect job. But Marie-Line's bosses are in the midst of a money crunch and they've cut back on her budget, so when several of her employees quit, she has to find new cleaners willing to work for a lower wage. Marie-Line soon finds new workers willing to work hard for low pay, but there's a catch -- most of them are illegal aliens, smuggled into France from Africa, Albania, or the Middle East, and when police begin asking questions about Marie-Line's new cleaners, she has to scramble to cover for them. Marie-Line also discovers that many of her new hires have children they can't afford to leave with sitters or day care, so she finds herself helping to look after the kids, which brings out a compassionate side of her that she has spent much of life trying to keep hidden. Muriel Robin's performance in Marie-Line earned her a Best Actress nomination at the 2001 Cesar Awards (the French Academy Awards).

There are no critic reviews yet for Marie-line. Keep checking Rotten Tomatoes for updates!

There are no featured reviews for Marie-line at this time.