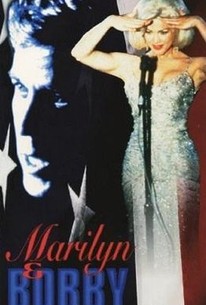 Melody Anderson plays screen legend Marilyn Monroe and James F. Kelly co-stars as martyred presidential candidate Robert F. Kennedy in this made-for-TV drama that speculates on a love affair that is rumored to have occurred between the two. The film examines how Monroe's death may have resulted from her knowing too much about Kennedy's private affairs, as well as their mutual links to organized crime.

Amanda Horan
as Diane
View All

Kennedy family members and admirers, Monroe worshipers and those longing for good, sound writing will be offended; that leaves an undemanding crowd of tabloid readers who'll be delighted at how the vidpic awkwardly tries tearing down its betters.

... two hours worth of huggermugger that manages in its fuzzy way to put some blame on Robert F. Kennedy for the suicide, if it was suicide, of Marilyn Monroe.

There are no featured reviews for Marilyn & Bobby: Her Final Affair at this time.