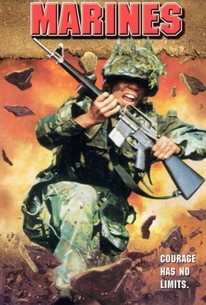 Russian terrorist Vladamir Antonov (Hristo Shopov) is one of the most feared criminal masterminds on the planet, and when the smoke cleared on the last attempt by U.S. Marines to take Antonov down, 11 soldiers were killed and two were captured. Colonel Anslow (George Roberson) has sworn that he will never let a situation like that to happen to his troops ever again, and over the course of the next 36 hours, he'll finally have a chance to show his resolve and capture Antonov once and for all. Placing his faith in a shaky truce with rebel Russian soldiers, Anslow takes his troops behind enemy lines and sets his sights on an enemy sworn to fight to his final breath.

There are no critic reviews yet for Marines. Keep checking Rotten Tomatoes for updates!

There are no featured reviews for Marines at this time.