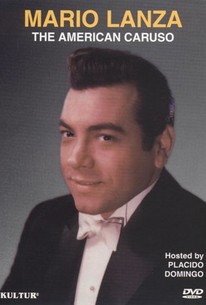 Hosted by opera legend Placido Domingo, Mario Lanza: The American Caruso follows the life of the "singing truck driver" from his roots in Philidelphia to his tragic Hollywood story. Though Lanza's exceptional tenor helped to bring classical music and opera to the masses through his work in The Great Caruso and The Toast of New Orleans, he eventually succumbed to over-eating and a has-been status. Through interviews, rare footage, and many clips from his most popular recordings, the oftentimes sad truth of Lanza's career is revealed.

There are no critic reviews yet for Mario Lanza: An American Caruso. Keep checking Rotten Tomatoes for updates!

There are no featured reviews for Mario Lanza: An American Caruso at this time.