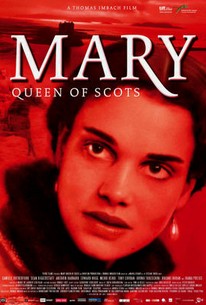 A biography of the doomed monarch whose devotion to her cousin Elizabeth I, and her duty to her country left her executed. Through evocative visuals, the film examines her return to Scotland, the exhausting struggles between Catholics and Protestants, her marriage to Lord Darnley, and her relationship with the Earl of Bothwell. Thomas Imbach's film presents a queen who lost three kingdoms, a wife who lost three husbands, and ultimately, a woman who lost her head.

Ian Hanmore
as Ruthven
View All

The film fails to come together as anything beyond rudimentary, and that failure is distinctly directorial.

Enjoyable enough for both the completest and the casual costume drama fan.

There are no featured audience reviews yet. Click the link below to see what others say about Mary Queen Of Scots!