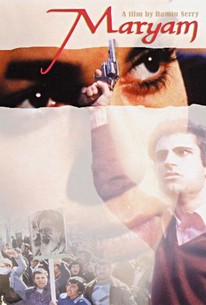 Ramin Serry explores such issues as global politics, ideological conflict, and puberty in this coming-of-age film about being an Iranian-American teenager during the Islamic Revolution in 1979. Maryam (Mariam Parris) longs to be just a normal New Jersey 16-year-old, but her traditionalist father Darius (Shaun Toub) keeps her on a short rein. Maryam's modest goal is further hampered when her Iranian cousin Ali (David Ackert) comes to stay with them. Though Ali's stridently fundamentalist views represent all that Maryam has come to resent, the two gradually form a friendship of sorts. Meanwhile, Ali's vehement anti-Shah beliefs, coupled with his knowledge of a dark family secret, creates tension between himself and Darius. At the same time, Maryam notices a change in her neighbors' reactions toward her family as the conflict in Iran grows ever more ugly. This film was screened at the 2000 L.A. Independent Film Festival.

Goli Samii
as Leila
View All

High on melodrama. But it's emotionally engrossing, too, thanks to strong, credible performances from the whole cast.

A searing reminder of the relevance of recent history and of the timeless power of fiction to humanize people and crystallize sweeping events into personal drama.

It is enthralling and evocative, despite some flaws.

Maryam is more timely now than ever.

Smarter in its message than its execution, this is still a thought-provoking rental.

It's a very sincere work, but it would be better as a diary or documentary.

A quietly moving look back at what it was to be Iranian-American in 1979.

It takes this never-ending confusion and hatred, puts a human face on it, evokes shame among all who are party to it and even promotes understanding.

captures that perverse element of the Kafkaesque where identity, overnight, is robbed and replaced with a persecuted "other."

There are no featured audience reviews yet. Click the link below to see what others say about Maryam!