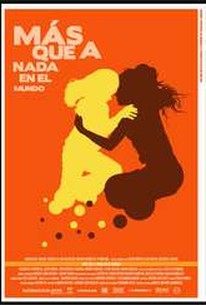 Filmmaking duo Andres Leon Becker and Javier Solar took home top prize at the Guadalajara and Montreal Film Festivals for this visually inventive tale the warm relationship shared between a seven-year old girl and her single mother, and what becomes of their bond when the imaginative daughter becomes convinced that mom has been possessed by a vampire. Alicia and her mother live alone in a small apartment, yet despite the absence of a father figure, their close relationship between the pair provides all the emotional nourishment that a mother and her daughter could ever hope for. When mom unexpectedly comes home with one boyfriend, and then another, however, Alicia becomes convinced by a classmate that the depression and romantic problems that her mother are currently experiencing are a surefire sign that that a nefarious supernatural force is at work. Soon convinced that her sickly old neighbor is in fact a devious bloodsucker who has cast an evil spell on her once-happy mom, Alicia boldly determines to sneak into the apartment of the "vampire" and break the curse by placing a crucifix on the old man's chest. ~ Jason Buchanan, Rovi

There are no critic reviews yet for Más que a nada en el mundo (More Than Anything in the World). Keep checking Rotten Tomatoes for updates!

The film has amazing performances from both mother and daughter, but the former is too mommie dearest to feel a connection with and the latter I just wanted her to die. I also found myself laughing in some unintentional moments. I have people close to me that this kind of relationship, but I still couldn't connect with anyone.