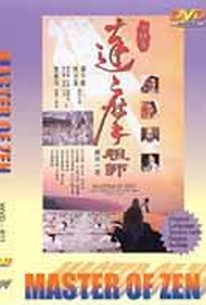 Brandy Yeun directs this unusual look at Bodhidharma, the man credited for bringing Zen philosophy China and for creating kung fu. The film opens with young prince Puti Tara (Derek Yee Tung-sing), who following the death of his father, decides to become a monk and follow teachings of Prajna Tara. Years later, Puti Tara changes his name to Dharma and ventures over the Himalayas to China where he discovers to his dismay that central tenets of Buddhism is rapidly being forgotten. Over the next years and decades, Bodhidharma works to spread the Buddha's philosophy, and demonstrating his strength by mediating for nine years without food nor water. ~ Jonathan Crow, Rovi

Critic Reviews for Master of Zen

There are no critic reviews yet for Master of Zen. Keep checking Rotten Tomatoes for updates!

There are no featured reviews for Master of Zen at this time.