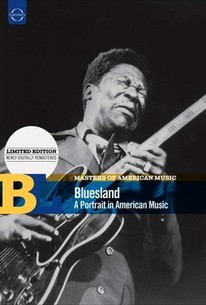 Bluesland: A Portrait of American Music presents a swinging look at the history and highlights of a rich musical heritage. Rare footage and concert films fill out this 90-minute documentary. As the soundtrack for the downtrodden, the blues has blossomed in folk circles. The characters that populate its landscape are both brilliant and tragic. Such artists making appearances in Bluesland: A Portrait of American Music are Bessie Smith, B.B. King, Muddy Waters, Dinah Washington, Leadbelly, Big Bill Broonzy, and Sonny Boy Williamson. Writers Albert Murray and Robert Palmer discuss the evolution of the blues.