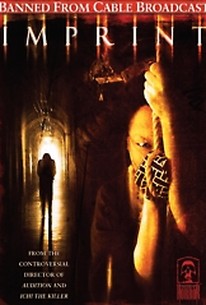 An American journalist in search of the love he once left behind travels to a mysterious Japanese island where the past is best left forgotten in the one installment of Showtime's Masters of Horror series that was too controversial for American television. It was long ago that Christopher (Billy Drago) met the mysterious prostitute who captured his heart, but their grim fate was forever sealed when he left the island with only a promise to return one day in the future. Unlike many of the insincere souls who promise to spirit the prostitutes away from the dark and infernal island, Christopher actually made good on his word. However, life is cheap on this bewitched island where the local brothel is the sole refuge for weary souls, and though he ultimately proved to be a rare exception to the rule, Christopher has taken far too long to fulfill his promise. Now, as he shares his woeful tale with a horribly scarred whore (Youki Kudoh) whose knowledge of his long lost love's true fate may prove more of a curse than a blessing, Christopher is about to discover that there are times when death can be the kindest release of all.

Youki Kudoh
as The Woman

Everything you've heard about this Masters of Horror episode, which was too violent for Showtime to air on cable television, is true, though I imagine some of its carnivalesque gore may even come as a shock to Miike cultists.

Imprint" is a film that justifies the attribute notorious, both for itself and Miike, fully, and one of the movies that definitely stands out in the vast filmography of the Japanese master. Fans of splatter films are bound to have a blast with this.