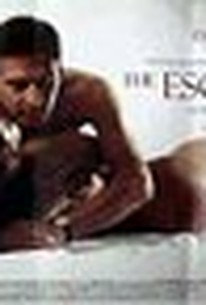 Writer-director Michel Blanc, whose previous works include the acclaimed Marche a l'ombre (1984) and Dead Tired (1994), creates this gritty drama about a middle-aged impoverished French writer in London who becomes a gigolo. The film opens with Pierre (Daniel Auteuil) getting worked over by an irate pimp because he didn't pay for a hooker's drink. Rakish Irishman Tom (Stuart Townsend) offers to drive bloodied Pierre back to his seedy hotel. The following day, he stumbles upon Tom's sandwich bar and begs for a job. Though he describes himself as a dead-broke author working on a novel, Pierre is concealing secrets from his dark past. Later, during a party populated with well-turned out lesbians, Tom reveals that he moonlights as a gigolo and suggests that Pierre might try the same. Soon Pierre is making easy money at the same agency where Tom works. Things get complicated for our Gallic protagonist when he falls for a golden-hearted streetwalker with a psychotic ex-boyfriend and one of his married regulars falls for him. Told with wry wit and gritty honesty, this film explores London's dark sexual netherworld. ~ Jonathan Crow, Rovi

Critic Reviews for Mauvaise passe (The Escort) (The Wrong Blonde)

There are no critic reviews yet for Mauvaise passe (The Escort) (The Wrong Blonde). Keep checking Rotten Tomatoes for updates!

Audience Reviews for Mauvaise passe (The Escort) (The Wrong Blonde)

There are no featured audience reviews yet. Click the link below to see what others say about Mauvaise passe (The Escort) (The Wrong Blonde)!