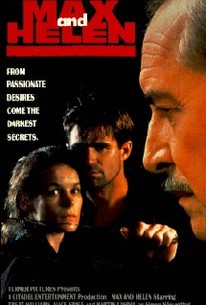 Martin Landau plays legendary Nazi hunter Simon Wiesenthal in this made-for-cable offering from director Philip Saville. Based on Wiesenthal's book, Treat Williams plays Max, a Jewish Holocaust survivor relating his story to Simon, who has tracked down the Nazi commandant in charge of the camp where Max and his fiancee Helen (Alice Krige) were held. While Max believes Helen to be dead, they are reunited after more than twenty years by film's end.

Jodhi May
as Miriam Weiss

Janos Kulka
as Berek
View All

Critic Reviews for Max and Helen

There are no critic reviews yet for Max and Helen. Keep checking Rotten Tomatoes for updates!

There are no featured reviews for Max and Helen at this time.