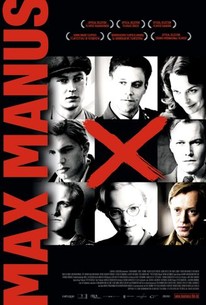 Critics Consensus: This good old-fashioned Norwegian WW2 film has impressive set pieces and never suffers for a lack of suspense.

Critics Consensus: This good old-fashioned Norwegian WW2 film has impressive set pieces and never suffers for a lack of suspense.

Critic Consensus: This good old-fashioned Norwegian WW2 film has impressive set pieces and never suffers for a lack of suspense.

The Norwegian historical crusader Max Manus -- who lived from 1914 to 1996 -- retains household name status among Scandinavians for his acts of daunting courage during the Second World War, but curiously, few non-historians outside of Northern Europe have heard of him. This adventure epic from co-directors Joachim Roenning and Espen Sandberg (Bandidas) represents the first mainstream effort to dramatize Manus' efforts in feature form with elaborate re-creations of his heroic exploits. The bulk of the action spans April 9, 1940 through May 8, 1945, or the period of Nazi Germany's Norwegian occupation. Despite an almost complete lack of formal education, Max (Aksel Hennie) grows completely outraged when Norway falls to Germany and permits the presence of an occupying puppet government within two months. In response, Manus bands together with some other indignant Norwegians and promptly forms a resistance outfit known as the "Rognes Organization" -- a group dedicated to collecting weapons, disseminating anti-Nazi propaganda, and exuding a fighting spirit. Later, when Manus is captured by the Germans, he makes not one but two astonishing escapes from the clutches of the Nazis, with his life intact -- demonstrating, hands-down, that he has no fear. Following a period of saboteur training in Scotland, Manus -- incredibly -- slips right back into Norway, and commandeers a mission to sink Nazi supply ships in an Oslo harbor nighttime raid; though successful, it draws nasty acts of vengeance from a psychopathic Gestapo leader Sigfried Fehmer (Ken Duken) -- an event that turns Sigfried and Max into arch enemies with the bitterest hatred for one another. Manus' heroic efforts for the liberation of Norway continue undaunted, however. Thomas Nordseth-Tiller authored the screenplay, reportedly taking a slight degree of liberty with historical facts. ~ Nathan Southern, Rovi

A polished and large-scale production with some rousing action sequences, the movie is certainly watchable, though no one's going to call this exciting filmmaking.

The Euro-cultural tradition of canonizing Nazi resisters has met few candidates as challenging as Max Manus, a Norwegian saboteur and key member of the ragtag-guerilla Oslo Gang.

Has an old-fashioned sincerity that entertains without engaging.

The destruction in Max Manus is elaborately staged by co-directors Espen Sandberg and Joachim Roenning...

An epic by Scandinavian standards, Manus's period re-creation is lavish-but the too-polished rental décor doesn't create a living past.

Enthalling and action-packed, it's understandably Norway's most successful film so far.

Add to the impressive cannon of recent World War II resistance films, that include "Black Book," "Flame and Citron" and "Army of Crime," this engaging true story about a group of Norwegian freedom fighters--called the "Oslo Group"...

A strong cast, a bold visual sense with dynamic camera work and a propulsive story: They are the keys to a riveting film. Which Max Manus is from start to finish.

A conventional biopic lacking in passion but of great importance toward understanding the Norwegian resistance to Nazi occupation.

Excellent movie about flawed, courageous people fighting oppression. Based on actual events in history. This film depicts the courage, and sacrifices, of those who fought against the tyranny of the Nazis. It is fitting to have a 21st century production telling the story of this band of brave Norwegian fighters. Not only does it honor them, but it helps keep this important period of history alive for the a new generation. Very well done..

Max Manus is a flawless portrait of one of Norway's greatest heroes in a time of need. Max Manus tells the story of Max Manus, a Norwegian Saboteur during the Second World War. In this film we get a look at the dangers and risks that Manus and his men had to undergo to fight the Germans. The film is exciting and thrilling. One thing I admire of Foreign war films is how authentic the films are. The films are probably 97% accurate while Hollywood war films are about 50% accurate and the filmmakers take creative liberties to make it look interesting. With this film, you get the authenticity of the war and when Max and his men commit sabotage missions you feel tense as you are caught up in the story because of how accurate this film really is. A terrific war film that should be viewed by anyone interested in the unsung heroes of the war. Sabotage helped demoralize the Germans and this is the story of one of the most elusive Saboteurs during the German occupation of Norway.

"My country was stolen from me, Sir... and I want it back." The true story about one of the most brilliant saboteurs during World War II and his battle to overcome his inner demons.

REVIEW
The eponymous hero of Max Manus was one of the more notable Norwegian resistance fighters in World War II, operating out of Oslo. After the fighting stopped he survived quietly in business until 1996. He's a figure undoubtedly still generating national pride, perhaps explaining the high praise accorded the movie from local sources. That's not to say this is a bad film by any means, but ultimately Manus' biographical wartime experiences, at least as translated to screen here, play out as something of a Boy's Own adventure, rather than a ruthlessly honest warts-and-all biopic despite the hero's final drunken introspection and occasional doubts. It's a film where the participant's have-a-go attitude and laddish enthusiasm for adventure keeps the action flowing smoothly from one escapade to another, with courage under duress, noble sacrifices, love interest and final victory almost a given. Max Manus is staged with a confidence and with assured flow by its co-directors, and this, the most expensive Norwegian production to date is highly engaging. Adding considerably to this is the performance by Aksel Hennie as the hero; Hennie makes of him a very likable character, with convincing weaknesses and belief in his own mortality - a trait considerably humanising what could easily just become a nationalistic action figure. Towards the close of the movie, peace newly restored, this introspection comes to the fore as the surviving hero ponders his own moral culpability - even if the smile breaking out at the end of Max Manus for this viewer at least is less complex by way of implication than that which concludes, say, Once Upon A Time In America.