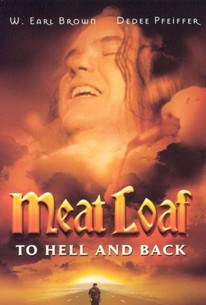 Dallas-born Marvin Lee Aday, considerably overweight even as a young boy and nicknamed Meat Loaf (played by look-alike W. Earl Brown), overcomes the negative admonishments of his alcoholic father and his obesity to become one of the best-selling rock singers of the late '70s and early '90s. His first roles as an actor lead to meeting songwriter Jim Steinman (Zachary Throne), who has the wild idea that the Top 40 radio market needs an oversized operatic tenor to sing gothic love songs. It turns out Steinman is right, and the album Bat out of Hell yields three Top Ten hits, catapulting them both into arena rock stardom. Physical and emotional difficulties take their toll on Meat, and he loses everything except his loyal wife, Leslie (Dedee Pfeiffer). Meat and Steinman gradually dig themselves out of their hole and return to glory with Bat out of Hell II: Back Into Hell, which sells five million copies, but only after Meat reconciles with his aging father.

Michelle White
as Reporter
View All

Critic Reviews for Meat Loaf: To Hell and Back

... [W. Earl Brown] has been impressive in everything from Vampire in Brooklyn and Scream to There's Something About Mary and Being John Malkovich...

Audience Reviews for Meat Loaf: To Hell and Back

There are no featured audience reviews yet. Click the link below to see what others say about Meat Loaf: To Hell and Back!

Meat Loaf: To Hell and Back Quotes