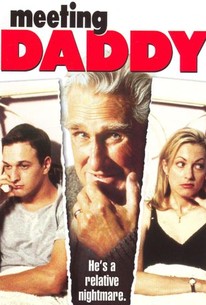 In this off-beat black comedy, a young, urbane, and Jewish man (Josh Charles) from Los Angeles finds himself out of his element after he flies into the Deep South to "rescue" his Southern-belle girlfriend Melanie (Alexandra Wentworth) from her troublesome ailing father and the rest of her crazy family. The late Lloyd Bridges (in one of his final roles) plays Colonel Branson, the terminally ill patriarch, and eldest son Beau Bridges fittingly enough, plays his son.

...the film's flat and awfully slight atmosphere prevents it from becoming much more than a sporadically engaging curiosity...

There are no featured reviews for Meeting Daddy at this time.