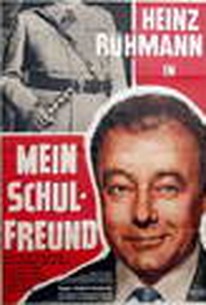 Mein Schulfreund has an ostensible anti-Nazi theme yet there are aspects of this wartime drama that seem ambivalent. At the heart of the story is Herr Fuchs (Heinz Ruhmann), a postman who finally turns against the war when he sees it is killing innocent children -- a remarkably slow realization. So Fuchs writes an emotional protest to his old school chum, Field Marshall Hermann Goering. The letter is intercepted and Fuchs lands in prison though he is not to be executed for his treasonous missive. Instead, orders come down to declare him officially insane. Although that allows him to mouth off against the Nazis, it also has its negative impact on his future. ~ Eleanor Mannikka, Rovi

There are no critic reviews yet for Mein Schulfreund (My School Chum). Keep checking Rotten Tomatoes for updates!

There are no featured reviews for Mein Schulfreund (My School Chum) at this time.