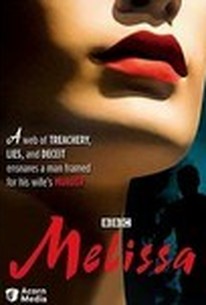 A Fleet Street reporter-turned-aspiring novelist experiences the ultimate real life plot twist when his wife is brutally murdered and he is wrongly accused of the crime. Guy Foster (Peter Barkworth) is an ace reporter who has fallen on hard times. One night, as Guy is struggling to pen his first novel, his wife falls prey to a vicious killer. As if losing his beloved bride isn't painful enough, all evidence points to Guy as the culprit. Now, with the authorities fast closing in and a killer on the loose, Guy must race to catch the true party responsible for the crime before it's too late. ~ Jason Buchanan, Rovi

There are no critic reviews yet for Melissa. Keep checking Rotten Tomatoes for updates!

There are no featured reviews for Melissa at this time.