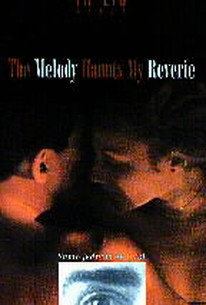 Tomislav (Predrag Manojlovic) is a dedicated leader in the early years of the socialist state in Yugoslavia - he has been through the war, has an ardent belief in socialism, and is not too patient with anyone lacking his moral discipline and dedication. Unlike many, he is disgusted when a theatrical group comes to town since the theater in this new socialism harbors the lowest breed of humans. One of the dancers from the troupe complains about her living conditions and Tomislav reluctantly allows her to stay in a room in his apartment. As they interact on a daily basis, he begins to change his mind about low-life dancers, and ends up falling in love with her. Their relationship is not approved by the socialist leaders, and what is worse, her parents are coming to stay with them only until they can escape from Yugoslavia. When Tomislav gives a passport to a friend who then appears to have left the country for good, his socialist party debits add up to serious suspicion about his loyalty. He himself begins having problems with the young intellectuals as they expound their doctrine, and little by little, Tomislav is stripped of the ardent beliefs - and dreams - that he had only a short time ago. He ends up in prison for awhile, and when he gets out, he goes to see his wife, taking a long, hard look at his past and present life along the way. ~ Eleanor Mannikka, Rovi

There are no critic reviews yet for The Melody Haunts My Reverie (Samo jednom se ljubi). Keep checking Rotten Tomatoes for updates!

There are no featured reviews for The Melody Haunts My Reverie (Samo jednom se ljubi) at this time.