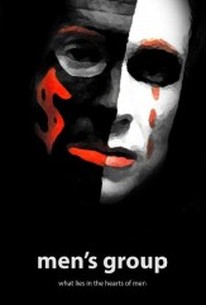 A handful of men join together in an effort to face their demons in this independent drama from Australia. Paul (Paul Gleeson) is the leader of a men's encounter and support group that meets once a week in his home. While the men don't know each other outside the meetings, the gatherings give them a forum to voice their deepest concerns and come to terms with their problems. The regular visitors to Paul's meetings include Alex (Grant Dodwell), who has a gambling addiction that's compromising his skills as a parent; Cecil (Don Reid), who has recently lost his wife; Freddy (Steve Rodgers), an aspiring comedian who is struggling with a divorce; Moses (Paul Tassone), a big man with anger issues; and Lucas (Steve Le Marquand), who hates and fears gays. However, all the members are thrown for a loop by the arrival of Anthony (William Zappa), a new addition to the group who is facing a personal crisis that forces them all to re-examine their assumptions. Largely improvised by its cast, Men's Group was an official entry at the 2008 Rotterdam Film Festival. ~ Mark Deming, Rovi

In the end, despite its considerable shortcomings, Men's Group succeeds because it is moving and the problems of these men are addressed with such clarity and understanding.

a refreshing examination of the collective male psyche through pure drama

The key problem here is that the ensemble never really gels -- the tone of the performances is uneven and the pacing feels off.

The performances are outstanding across the board, which is extraordinary considering that every single shot is a first take.

My first reaction after I saw Men's Group was a deep feeling of awe at the depth and standard of performance in this country.

It's a powerful film that is often as unexpected as life itself.

There are no featured reviews for Men's Group at this time.