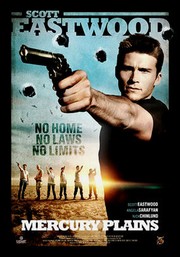 C j
August 13, 2017
Kind of entertaining but never really draws out the characters very well. Randomness in the plot really takes from the storyline, in individual characters and overall story. One plus - since it's in Mexico it has the feel of the Wild West that westerns used to be based on. Cool idea but could have been directed better.

Dave J
½ March 1, 2017
Witten and directed by Charles Burmeister starring Scott Eastwood who's seeking for some employment. And after taking his dad's truck down to Mexico and after a scuffle, he is then gets approached by a man who calls himself the Captain ( Nick Chinlund) who offers him some financial help by being a part of his militia group. No plot movie.

Paul D
½ January 25, 2017
As a vigilante movie it's offbeat but watchable, its main fault though is it never feels plausible.

Jason C
½ May 14, 2016
Slow burner of a movie but worth it. Good performance from Scott Eastwood.

Keshawn L
½ May 1, 2016
Not very good. transitions were terrible. plot? not was barely present. couldn't sit through more than 30 minutes of it.

Nic S
February 10, 2016
MERCURY PLAINS is the tale of Mitch (Scott Eastwood), a young man without a cause, stuck in a dead end town off in nowhere, Texas. When a friend suggests they take an impromptu trip to Mexico to shake things up, Mitch shrugs and rolls along. But after his friend bails on him, Mitch finds himself in league with a mysterious man known as "The Captain," the leader of a paramilitary group of children and teens. The Captain offers the chance for purpose and fortune, an offer that a lost Mitch can't find reason to refuse.

THE SETTING
The desolate Mexican desert is shot beautifully. It provides the perfect backdrop for Mitch's journey for self -- it often feels like the desert goes on and on without clear landmarks to orient yourself, which for Mitch, is a lot what his life looks like at this point in time.

THE CAPTAIN
Without spoiling too much, just know that this character is a fascinating one. Though he'd have Mitch believe they're very much alike, he's more accurately a foil: The Captain is one to wax poetic, while Mitch would rather stand back, observe, and listen. Mitch displays an inner noble need to help people, even if he doesn't always know how to express it, whereas The Captain says he has the boys' best interest at heart, but...well, you'll just have to watch and see.

GENRE
It's not an out-and-out actioner, it's not TAKEN, and it's not your typical shoot 'em up western pic either -- it's not trying to be any of those. The Eastwood name and the modern western setting may lead to you to believe it's going to be a certain kind of film, but if you allow yourself to experience it at its own pace, what you'll find is the story of a lost boy -- a young man wandering the desert, adrift in life -- who's handed a gun and given a mission, which forces him to reassess his own values and what's important to him.

IN SUMMARY
The movie's methodical pace is a reflection of Mitch's own approach to life, an approach that by the end is jarred loose and shaken to its core -- the best action sequences of the film build and explode as we near the finish line. His journey raises questions of ambition and power, of self-identity, of mob mentality -- all of which he has to face down and wrestle with himself.

MERCURY PLAINS takes its time, embraces the slow burn, and bucks the trends of its genre. So if you like your western action flicks with a little more meat on the bones, you should give this one a shot.

Adrienne R
February 3, 2016
Those looking for an action-packed shoot-'em-up thriller might be disappointed, but that doesn't mean there aren't some worthy ideas and narrative threads at work here. This is a slowly paced film, at times almost meditative, but one that rewards a patient viewer. Don't watch it for shootouts and chase scenes, but rather for a thoughtful treatise on men and boys, fathers and sons, the razor thin line between love and war, and the hollow attraction of lawlessness and moral anarchy -- all shot gorgeously in the dreamlike expanses of the Mexican desert.

The plot is fairly bare bones: a young 20something down on his luck, Mitch (Scott Eastwood), crosses the border from Texas to Mexico out of nothing more than boredom, and winds up getting entangled in a group of lost boys who've been taken in by a Fagin-esque leader, "The Captain," a middle-aged vet who uses his ragtag band to carry out vigilante hits on various drug runners and cartel branches. At first, Mitch is enticed by The Captain's promise of money and claim that something special lies inside of Mitch -- something no one else can see. To the completely lost man-child without a father figure, this serves as motivation to keep Mitch serving as The Captain's "top soldier," even as the group quickly devolves into pure criminal violence and bloody greed. By the end, Mitch is forced to find his own ethical code, something to dictate his sense of self-preservation vs. self-worth.

There is a lot at play here, talk of soldiers and kings and the ownership of territory, that all resonate deeply within our current climate of urban gang warfare and political fear-mongering and appetite for vigilante justice. Eastwood doesn't yet have the gruff gravitas and charisma of his famous father, but he shoulders the movie well, displaying a screen presence that belies his inexperience. The original score is haunting and beautiful, and the cinematography captures desolate landscapes and car chases with equal elegance. If you give yourself time to breathe with this film and meander along at its contemplative tempo, I think you'll appreciate its aim to be something more than just another shoot-out in the desert.

Mark S
January 7, 2016
Okay...ish,I guess ? The first half feels undefined and lacking in direction...the second half plays out more or less as you'd expect...Not a bad movie...just not as good as it might've been.

Natalie B
January 5, 2016
slow moving. but scott Eastwood is an interesting actor to watch.
Page 1 of 1