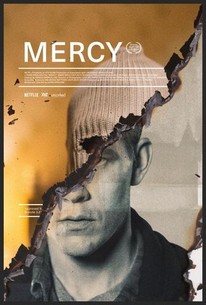 Four adult brothers reconvene at their childhood home to say their goodbyes to their dying mother. But as their large inheritance becomes an issue, the brothers find themselves fighting for survival when masked intruders break into the house. Chris Sparling wrote and directed this thriller, which stars James Wolk, Tom Lipinski, and Caitlin FitzGerald.

Mercy reaches another level when it doubles back, showing us the same events from the point of view of the other characters, allowing Sparling to answer some of the questions that are dangling while inserting more

For the most part, Mercy is a tense, often very frightening little home invasion chiller that makes great use of a terrific cast, isolated setting and some neat twists on the sub-genre.