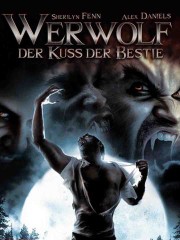 David T
½ September 11, 2014
Charles Band's re-imagining of Beauty and the Beast is exactly what you think it is. Told with a circus sideshow, gratuitous nudity and a fair amount of blood. Not horrible by Full Moon standards, but pretty bad by most other.

Super Reviewer
Doctor S
August 15, 2014
Peculiar mish-mash of medieval legend, magic, ghosts, and misty portals in this Beauty and the Beast variation. While Italian locations help the atmosphere, the film never really generates many chills nor suspense. The "I only raped you because I love you" defense was heavily worked in the '80s (or 1990 in this case) but doesn't hold any water these days. Best word to describe Sherilyn Fenn is 'bewitching'.

Wes S
March 1, 2014
The monster was neat, the plot was somewhat interesting, but it ends up being a little too soft and slow. The characters are pretty bland, and it gets dull at times. There isn't much excitement either.

Janet M
½ April 3, 2012
Talk about romantic. I've always been a sucker for a Beauty & the Beast type story. This one is really sexy too.

Scott A
July 13, 2011
A bit of a Beauty & The Beast tale. Sherilyn and Charlie are beyond hot in this and it helps that they show LOTS of nudity! ;)
I didn't quite get the whole Brothers being connected thing, or the weird ending.

James C
November 23, 2010
When a young sculptress returns to her family castle in Italy, she is is visited by a travelling sideshow, and her life is changed forever.

Anybody that knows me is fully aware that I have a soft spot for movies by Full Moon Pictures. They always remind me of my teenage years savouring low budget horror flicks, but somehow 'Meridian' had escaped my notice. This is a typical Charles Band movie when he is in one of his gothic fantasy moods. Forbidding castles, ghosts, monsters and other such hokum are the flavour, along with the usual dose of partial nudity and only a very small amount of gore. The storyline and acting are as wooden as you would expect, but anyone who is familiar with the genre knows exactly what they are going to get. 'Meridian' is not one of the best of Charles Band's movies, but it still has the same charm that has kept me a fan of his work for all these years.

Robert H
August 8, 2010
Full Moon takes the Beauty and the Beast story in a different direction which is a nice touch. Full of sensual moments, some decent FX and a setting perfectly suited for this type of film, Meridian ranks as one of the better Full Moon films in their library.
Long time Full Mooner, Phil Fondacaro, has but a small part (forgive the pun) but I always enjoy seeing his performance when he's on screen. This guy needs more work.

Carol O
April 3, 2010
If you're into werewolf-porn fairytales this is the film for you.

December 13, 2009
bring back memories of my youth and innocence? lol

Bryan G
½ July 9, 2009
Full Moon Entertainment aren't known for creating great atmospheric movies, but they have had a couple of attempts at doing so. Meridian (AKA Kiss of the Beast) reminded me of something like The Gorgon from Hammer Films, with its gothic location and the curse that surrounds it. And the story is essentially a ripoff of Beauty and the Beast, just not nearly as beautiful or engaging.

The main problem with Meridian is that it is an extremely dull movie. It spends far too much time trying to make itself an atmospheric film, but fails to focus any attention on its characters. About the only interesting character was the Beast (Alex Daniels), but I think I was only curious about him because the effects and makeup used to create him were pretty good. He reminded me a little of the wolf-like state that Dracula would appear as in certain moments in Francis Ford Coppola's 1992 version of Dracula.

The movie doesn't spend enough time allowing its mystery to unravel naturally. Instead it kind of comes out rather quickly with what is going on, which further makes the characters in the film uninteresting to watch. Plus there is no build-up, and the finale of the film is uneventful and forgettable.

Of all of the films that Charles Band has directed, this is probably my least favorite of them all. It has far too much going on, and none of it works in the film's favor. I was hoping that this Charles Band Collection would have been worth the purchase, but the only film out of the set of four films that I really enjoyed was Head of the Family. Now there is a good Charles Band directed film.

Derek R
March 15, 2009
One of the more sexy werewolf films I've seen thanks to Charlie Spradling and Sherilyn Fenn... with a surprisingly decent storyline.
Page 1 of 2