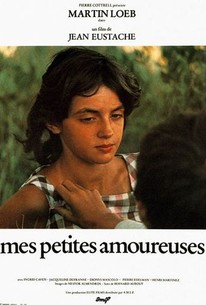 This film reveals the thoughts and observations of a good-natured young man as he lives through situations which would crush someone less accepting. The boy is being brought up in the country by his grandmother, and Daniel (Martin Loeb) is seen showing off amiably for his friends. Soon his long-absent mother (Ingrid Caven) takes him back into her life, now that she has a steady new man, and sends him to be apprenticed with a bicycle repairman instead of having him continue with school. Daniel accepts this, though he would rather go to school. Here, too, his easygoing manner wins him friends and it appears that all will work out well. ~ Clarke Fountain, Rovi

Compassionate but never sentimental, My Little Loves is an essential entry in the coming-of-age canon, a film that ennobles adolescence by so truthfully portraying its attendant indignities.

The tone is somewhat reminiscent of Malle in its attempt at an unsentimental depiction of the sexual awakening of a 13-year-old boy; but ultimately it's more tough-minded.

It's less like a piece of finished fiction than a series of terse, precisely worded entries in a notebook. This is both the style of the film and its charm.

Loeb's calm and intensely intelligent performance, the richly textured yet cool-eyed color cinematography, and the incisive dialogue combine to convey an extraordinary density of lived experience.

Although its interest doesn't quite sustain its length, there would be little justification for cutting one scene rather than another. You could go on removing scenes which were not crucial until there was nothing left.

There are no featured audience reviews yet. Click the link below to see what others say about My Little Loves (Mes Petites Amoureuses)!