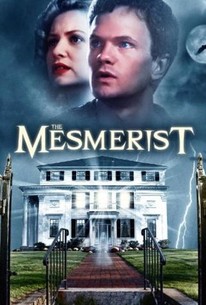 Science allows a man to cheat death and continue to be a thorn in the side of his family in this dark comedy. Mr. Valdemar (Howard Hesseman) is a wealthy but ill-manned man who is elderly and in poor health. Knowing he doesn't have long to live, Valdemar agrees to take part in an experiment by Dr. Pretory (Jason Carter), an eccentric hypnotist. Pretory wants to discover what happens to a man if he is under hypnosis at the point of death, and so as Valdemar is taking his last few breaths, Pretory puts him in a deep trance. Hovering somewhere between death and life, Valdemar is able to describe to world beyond our own to Pretory and his family; however, cheating death isn't making Valdemar any easier to get along with, and he continues to cause trouble for his daughter, Daisy (Jessica Capshaw), and her significant other, Benjamin (Neil Patrick Harris), especially since you can't inherit the estate of a man who isn't entirely dead. The Mesmerist was based on the short story The Facts in the Case of M. Valdemar by Edgar Allan Poe, which was brought to the screen in less comical form as part of Roger Corman's 1962 horror omnibus Tales of Terror.

Michael A. Goorjian
View All

Critic Reviews for The Mesmerist

None of the film is as funny or clever as Cates and screenwriters Ron Marasco and Michael Goorjian ... seem to think.

Audience Reviews for The Mesmerist

Still on my Neil Patrick Harris Binge. I thought it was okay, I did find it funny in some parts which helped me get through the film.