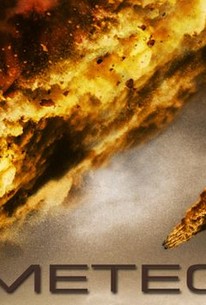 Christopher Lloyd has played a scientist before in the Back to the Future series, but in this end-of-the-world disaster film, the stakes are much higher. With the help of his young assistant (Marla Sokoloff, The Practice), Dr. Lehman (Lloyd) must stop an enormous meteor from striking Earth and killing everyone on the planet. However, the size of the meteor isn't Dr. Lehman's only problem; he must move past a government conspiracy and bureaucracy as the clock continues to tick out humanity's final moments. Meteor also stars Stacy Keach, Billy Campbell, Jason Alexander, and Michael Rooker.

The film goes beyond mere mediocrity to a gratuitous, mean-spirited ugliness that makes watching it not a campy hoot but a near-sickening ordeal.

It isn't so much "scientifically feasible" as it is "stupid yet awesome thing Michael Bay wishes he thought up." Um, yay?

There are no featured audience reviews yet. Click the link below to see what others say about Meteor!