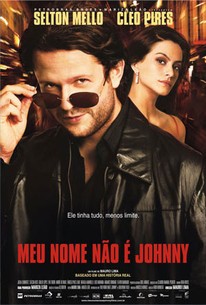 Director Mauro Lima takes the helm for this stylized morality tale tracing the remarkable true life journey of João Guilherme Estrella, a man whose life descended into a harrowing hell of drugs and debauchery as he became a notorious drug lord, and later settled into serenity after he chose to embrace self-reflection and rehabilitation. ~ Jason Buchanan, Rovi

There are no featured audience reviews yet. Click the link below to see what others say about Meu Nome Não é Johnny (My Name Ain't Johnny)!